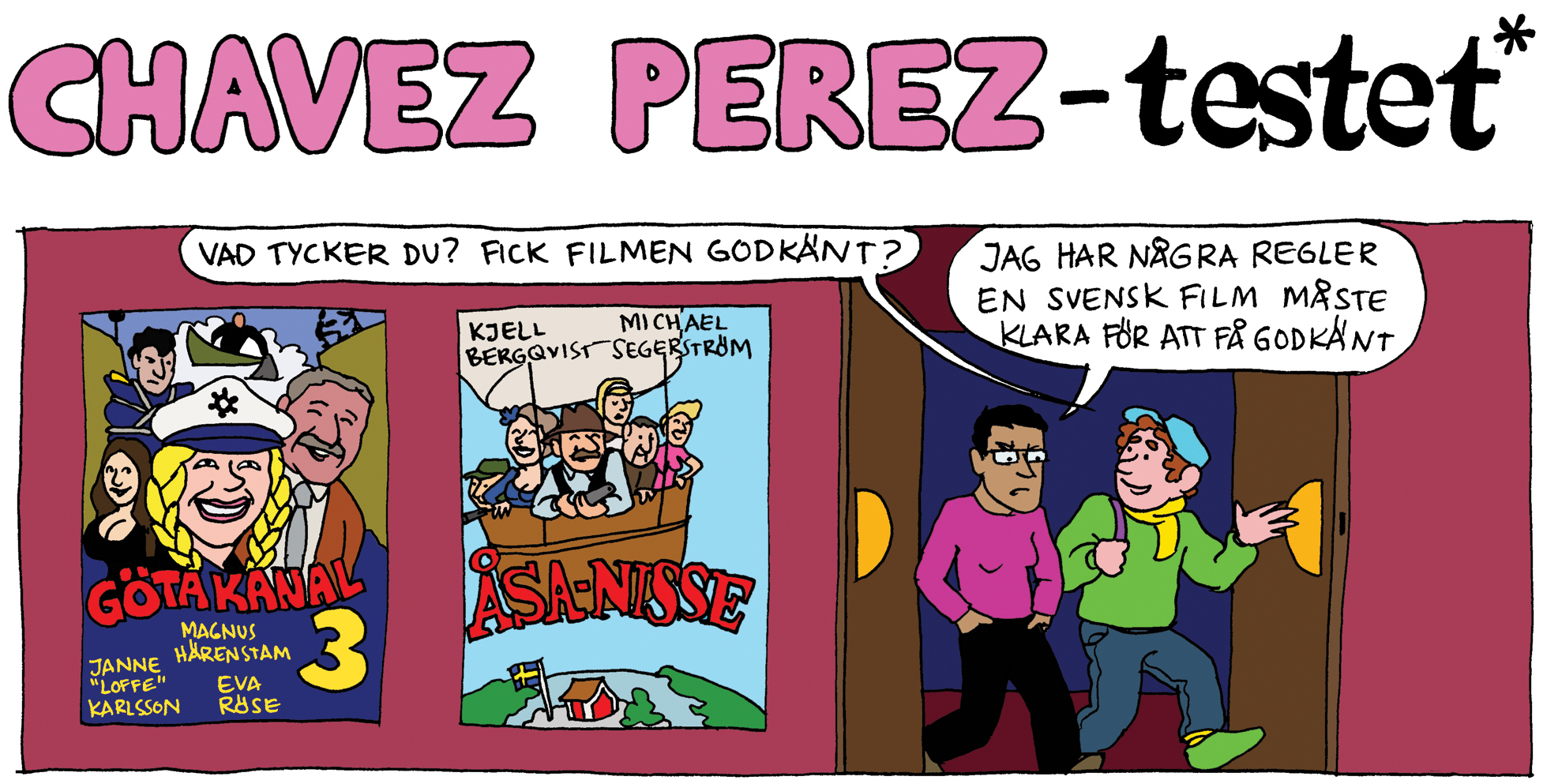 The Chavez Perez-test was created in 2011 to expose racial stereotypes in movies. It’s been living its own life in the world since then, and is now ten years old. Here you can read an interview I recently gave to Spanish students.

Why did you decide to make the Chavez Perez-test?

In Swedish cinema at the time, white actors could take any kind of role. They would play a white character, and later they would dye their hair black and take the role of a person of color. (By person of color I mean anybody who is not considered ”white”.)

Characters of color in Swedish cinema were often portrayed in stereotypical ways. A character of color typically was a criminal, or a victim of crime. Whenever universal themes were being portrayed, like love, loss, etcetera, Swedish cinema would use a white actor. The white body was seen as a universal vessel for human experience, whereas the body of color always was defined by it’s color and could only be used to convey the superficial ideas that white film directors had about people who looked like us.

I wanted to show the racial inequality in movies in a simple and funny way, and so I created the test. Once you start seeing how badly films fail the test, you can’t unsee it. The test made quite some controversy in Sweden at the time, but it had a positive reception abroad.

What do you think of the Bechdel test?

The Bechdel test is a witty way of revealing sexism in the film industry. It shows not only how women are excluded as characters. It also reveals that plots are planned around male characters, meaning that female characters constantly have to talk about men to be relevant in movies.

The film industry has changed a lot for the better since the Bechdel test first was published in the 80’s. I think that the test has had some effect in accelerating that change. When films got criticism for failing the test, it must have forced people in the industry to meditate about their choices.

The Bechdel test inspired me to create the Chavez Perez-test.

How can the cinema industry become more inclusive?

I would prefer it if people in the industry answered this question. They would have more relevant points of view!

I’m a writer. The Swedish book industry is an arena dominated by whites. It’s not just because of white privilege in the industry, I would say it’s much more because we live in a society with unequal life opportunity. Who would ever dare to be a writer? It’s hard work and since you can’t know how well your book is going to sell, you don’t know how much you’ll get payed.

I never had any support from my family when talking about my goal to become a successful writer. And I understand them. It must be the nightmare of any working class parent to hear their immigrant son say they’ll make a living by writing books! So I believe that if society gave more equal life opportunities, it would make a wider variety of people dare to express themselves and try to make it in the creative industries.

This also applies to gender. In Sweden, and in many other parts of the world, women have less money than men and are more likely to end up poor when they retire. It makes women dependent on men, and I think this makes it harder for many women to realize life goals they may have outside their families.

But what do you think is the root of the problem inside the film industry?

The lack of diversity reproduces itself. If the managers are all men, or all white, they are living in a world of privilege. Therefore they’re probably going to thoughtlessly depict the world from a privileged perspective. This will mean more white men as lead characters, more women with the role of a pretty love interest, and more non-white characters who either need to be saved or are bad guys.

If the industry works actively with including more diversity in the payed work force, things will change. I say things will change because weakening the structure of privilege will remove an obstacle that impedes people from seeing the complexity and richness of reality.

I want to stress that I’m not an essentialist. In a mixed room, maybe a woman will give the best ideas about how a male character should be, and maybe a man would write the best lines for a female character. Maybe a person of color could supervise the economy, while a white person would supervise the casting so that there is representation of different skin colors in the film. I don’t think it’s womens’ job to tear down sexism, and I don’t see it as a responsibility for people of color to tear down racism.

There has been a positive shift for a long time in the film industry, not only in Sweden but also in other countries. More and more, film makers are realizing the responsibilities they have to not reproduce sexism and racism. But the change is going slow, so the moviegoers must learn to discover sexist and racist patterns in film. That way the industry will have to hurry up and change. 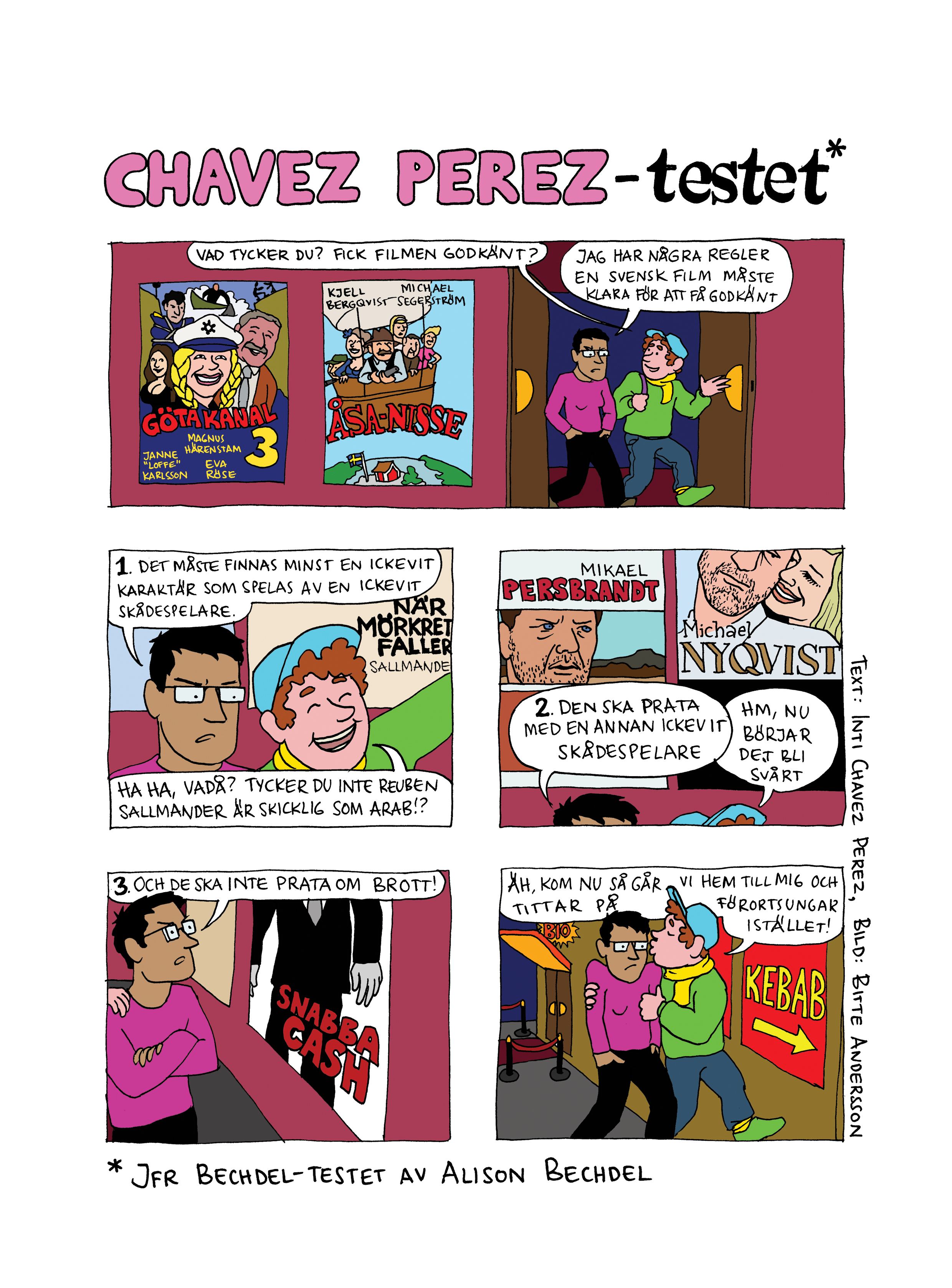 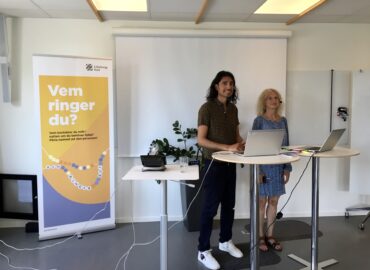